Understanding Dementia In Seniors: The Types And Symptoms 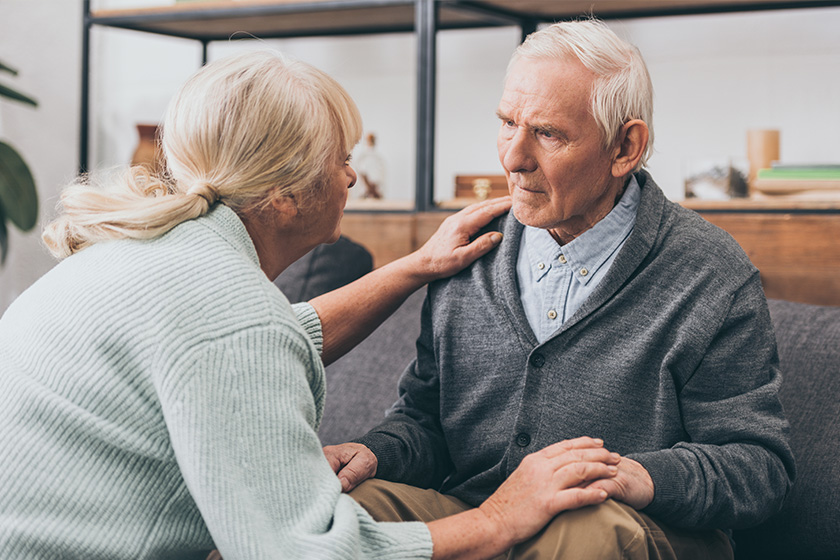 When the word “dementia” comes up in a conversation, most people would only associate Alzheimer’s disease as the only form of dementia. The thing is, Alzheimer’s disease is just one out of eight different types of dementia. However, the misconception is understandable as Alzheimer’s disease is by far the most common type of dementia, and affects a large population of older adults. All the other types of dementia have an impact on the individual’s memory capability, personality, language, and other thinking abilities. As such, it can be difficult to identify the specific type of dementia your loved ones may be suffering. Considering that it’s highly important to find out the form of dementia as early as possible in order to slow down and prevent its onset, we have created this article, so that you can better understand dementia in the elderly.

Of course, we’ll be starting with Alzheimer’s disease. When it comes to older adults who are diagnosed with dementia, 60% to 80% of them suffer from Alzheimer’s disease. What’s terrifying about this type of condition is that plaques in the brain, which destroy the brain cells, tend to develop way before any symptoms start to appear. This can cause huge problems as your loved ones may already be affected by Alzheimer’s disease and are not aware of the situation. Therefore, treatment will be delayed and this decreases the likelihood of your loved ones getting better.

The early stage of Alzheimer’s disease is described as mild cognitive impairment. This means that the affected individual will experience difficulty in remembering details, tend to repeat the same words, and is unable to take in new information. Simple everyday tasks such as driving or walking home become unfamiliar to them. As the disease progresses, the individual may forget the names of their loved ones, get confused over which day or time it is, and even lose their ability to perform daily routines.

Responsible for about 15% to 20% of dementia cases in North America and Europe, vascular dementia is the second most common type of dementia. Vascular dementia is caused by a blockage of blood to the brain, which cuts off oxygen to the neurons, damaging or killing them in the end. Older adults who suffer from stroke or high blood pressure are particularly at risk.

In the early stages, typical symptoms include attention difficulties, lack of ability to control emotions, and poor judgment. When the condition worsens, the affected individual may suffer from memory loss, diminished motor skills, hallucinations, and many more.

Lewy body dementia received interest when it was discovered that Robin Williams was diagnosed with this condition. In the United States, Lewy body dementia affects around 1.4 million Americans, who are mostly aged 50 and above. This dementia occurs when the protein alpha-synuclein gathers in the nerve cells whose main functions are for memory, motor, and thinking skills. Lewy body dementia is associated with Parkinson’s disease.

Even though the symptoms are influenced by where the protein forms on the brain, the general effects are hallucinations and illusions. Your loved ones may even act out their dreams in real life and see things that are not there. In the later stages, Lewy body dementia can also lead to poor physical conditions like stiff muscles and walking troubles.

Other Types of Dementia

What Makes Sanibel, FL Beaches So Special For Retirement?
August 24, 2022

Signs Your Loved One Should Move From Independent Living To Assisted Living
August 18, 2022

Is Location Important When Choosing A Retirement Community?
August 12, 2022

Here’s Why Respite Care Is A Great Choice For Your Loved One After Surgery
August 6, 2022

5 Signs Your Loved One Should Stop Driving
August 1, 2022